£ 18.99
Tweet
Check Availability | Call for Quote | Location
Hen nights are all about having a fantastic laugh with your best mates. Of course, you can always make each other giggle all night. Easy to book online now
Enquire About This
[Click On Images to View Gallery] 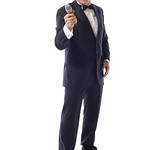 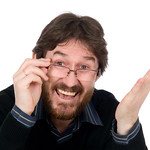 Hen nights are all about having a fantastic laugh with your best mates. Of course, you can always make each other giggle all night. But sometimes it’s good to let the professionals take over the entertaining and do the gags for a change!

Our Leeds comedy show is an ideal way to relax and chortle with your friends on you hen evening, before carrying on the partying and laughing. Given that you also have free nightclub entry once the comedy show is done, you’ll be in the right place to do just that!

The venue is a recently renovated premier Leeds club, one that is a major draw for some of Britain’s best comedic talent.

With doors opening at 6.45pm for the Friday night shows, you’ll have to be in by 7.45pm and curtain up is 8.15pm. The show is over by 10.30pm – at which point the venue becomes one of the best nightclubs in town!

We’ll throw in a programme and reserved seating, and usual common sense rules apply. That means no heckling if you’re told to pipe down, and no nattering to your mates while the acts are on (there’ll be plenty of time to do that later). Turn your phone off or stick it on silent, and there’s no flash photography.

If you think the gig will be a good point in your party to grab some food and fuel up for a long night’s partying, food is served until 8.15pm.

Finally, if you’re noticeably intoxicated you may be denied entry, so you may want to keep the heavy boozing for later on in the night.