£ 39.99
Tweet
Check Availability | Call for Quote | Location
Remember that fun filled TV programme called It’s A Knockout which had people competing in some unusual games generally including water and soap suds? Easy to book
Enquire About This
[Click On Images to View Gallery] 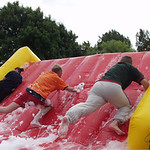 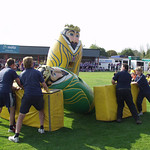 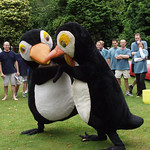 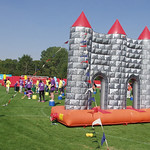 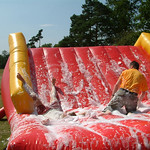 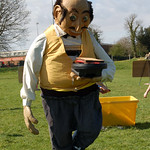 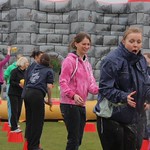 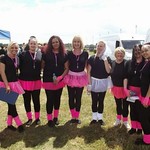 Remember that fun filled TV programme called It’s A Knockout which had people competing in some unusual games generally including water and soap suds? Well if you are organising a hen party there is a version that you and your friends may find entertaining. There’s one thing for sure. At least your hen night will be the most talked about and produce a lot of selfies.

Those who sign up for an It’s A Knockout Hen Party will find there is something for all ages to get involved in and have a lot of laughs. Even the costumes and props from the original TV series are included in the event which will bring back a memory for one or two people. This is a fun tournament between teams and includes huge inflatable props, giant costumes, soap suds, and loads of water. Don’t dress up as you will be getting wet but the laughs and entertainment will create some cherished memories. If there are older participants who don’t want to join in the games they will get a laugh from watching from the side-lines. The event does start promptly with registration at 12.30 and kick off at 1pm and latecomers will not be able to repeat the games already played.

If something different and entertaining appeals for a hen party then It’s A Knockout could be just what your friends and family are looking for to celebrate. Why not ask for details and firm up a booking for one of the biggest laughs of the year.

The requested URL /data/feed/api/user/sholto.kerala?tag=PR6972TOP&kind=photo was not found on this server. That’s all we know.

Girls - its time to show up the guys... we are convinced that you can complete the course in a faster time than any of the guys - prove us right!!!

The requested URL /data/feed/api/user/sholto.kerala?tag=PR4712TOP&kind=photo was not found on this server. That’s all we know.

Fancy a flutter on your hen night? What about doing something a little different to the standard hen do? Easy to book online today.

The requested URL /data/feed/api/user/sholto.kerala?tag=PR7594TOP&kind=photo was not found on this server. That’s all we know.

A lesson on the UK's longest indoor ski slope can be a fun packed event for even the most nervous participants. Book this activity today and receive fab group rates.